Home Blog God wants to wear Chanel, so she calls Karl Lagerfeld away

God wants to wear Chanel, so she calls Karl Lagerfeld away

Chanel's artistic director, Karl Lagerfeld, died in Paris yesterday at the age of 85.

His death has declared the end of an era. Many netizens said that the worst thing that happened this year was probably that they hadn’t earned enough money to buy Chanel, and Chanel's pillar had passed away. In the fashion circle, he is the same as God. Just remembering the words "Karl", I feel that there are countless legends hidden.

Mysterious life in black and white

Instead of looking for the truth of the matter ” 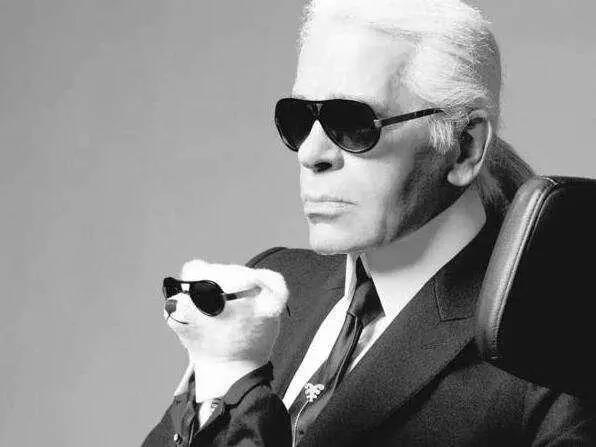 In the eyes of the public, this fashion god is very recognizable. Silver-white ponytails are tied behind the head, black sunglasses cover the eyes, leaving a tight corner of the mouth, plus a stiff high-necked white shirt, a slim black jacket, a perfect fit leather gloves. All of this constitutes Karl Lagerfeld's unique appearance.

These are the appearances of his initiative, and the life behind the appearance is a mystery of the unfinished Sphinx. He is uncertain about his birth year. Some people speculate that he was too lazy to respond between 1933-1938. In the documentary "Karl Lagerfeld: The Lonely Fashion Emperor," he said: "Wearing gloves can avoid contact with people, and wearing sunglasses can easily observe others." But he doesn't like others to observe himself, because the mystery is a must-have charm.

"I have to be responsible for awakening a woman.

Although most people believe that she is dead" 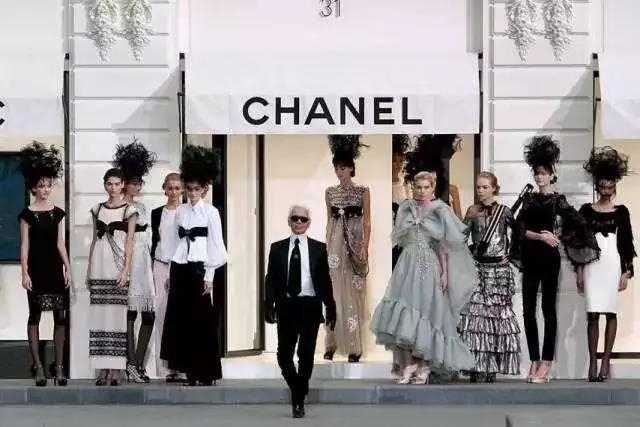 Carl Lagerfeld's greatest achievement was to save Chanel and make it one of the most profitable fashion brands in the world. At that time, this brand pioneered the “women wearing men's trousers”, a beautiful female awakening and subversive fashion revolution. But 12 years after the death of the founder Coco Chanel, the brand was bleak because of her departure. At that time no one wanted to take over the brand, only Carl dared to pick up.

"When I took over Chanel, she was a sleeping beauty, not even beauty. She slept and snorted. The boss had a lot of heart, so I called me. They know that being respected does not mean making money, so I have to be responsible for waking up one woman, although most people believe that she is dead."

He reshaped Chanel with a proper exaggeration, double C logo, camellia, tweed... He turned these traditional elements of Chanel into a symbol of fashion. 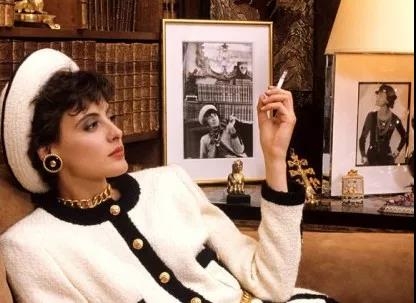 "The magic of Chanel is tolerant of everything, this era, women and me. This brand represents the elegance of women, the liberation of the bourgeoisie, and the independent spirit of women breaking through the bondage of each era."

"I am too stupid to stop working.

Only work can make people not bored ” 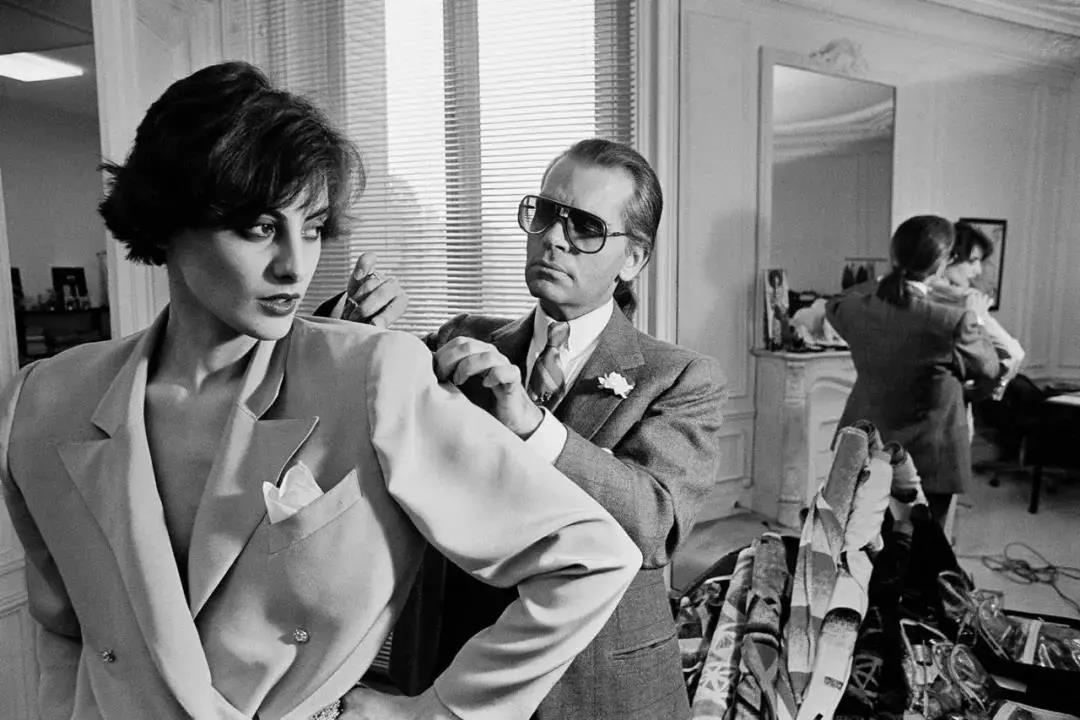 Carl on the show is a veritable living icon, and everyone sees him like he sees God. Standing at the top of the fashion circle, Lafayette said that he was "just a working class." Many people think that he can have today's achievements because he is a genius. But in fact, Karl Lafite is a mixture of genius and talent.

In the Paris Design Competition that year, Yves Saint Laurent took the championship of the dressing group, and the level was comparable to that of Karl. However, Saint Laurent was once depressed by the bottom of his career, but Karl insisted on self-discipline, only doing the things at hand, and ignoring the ideas of others.

From the time of entry to the present, Carl worked for 64 years and signed a lifelong contract with Chanel. He never thought about taking a rest:

"If I retire, I will die, everything will be over... I am stupid to stop working, only work can make people boring."

It is said that he maintained 16 hours of high-intensity work in three language environments every day before his death.

Previously, Lafayette had been absent from the Chanel Gaoding show on January 22 this year for physical reasons. This is the first time he has been absent since 1983. Therefore, many people believe that overwork is one of the important reasons for his death.

One person who does all the work ” 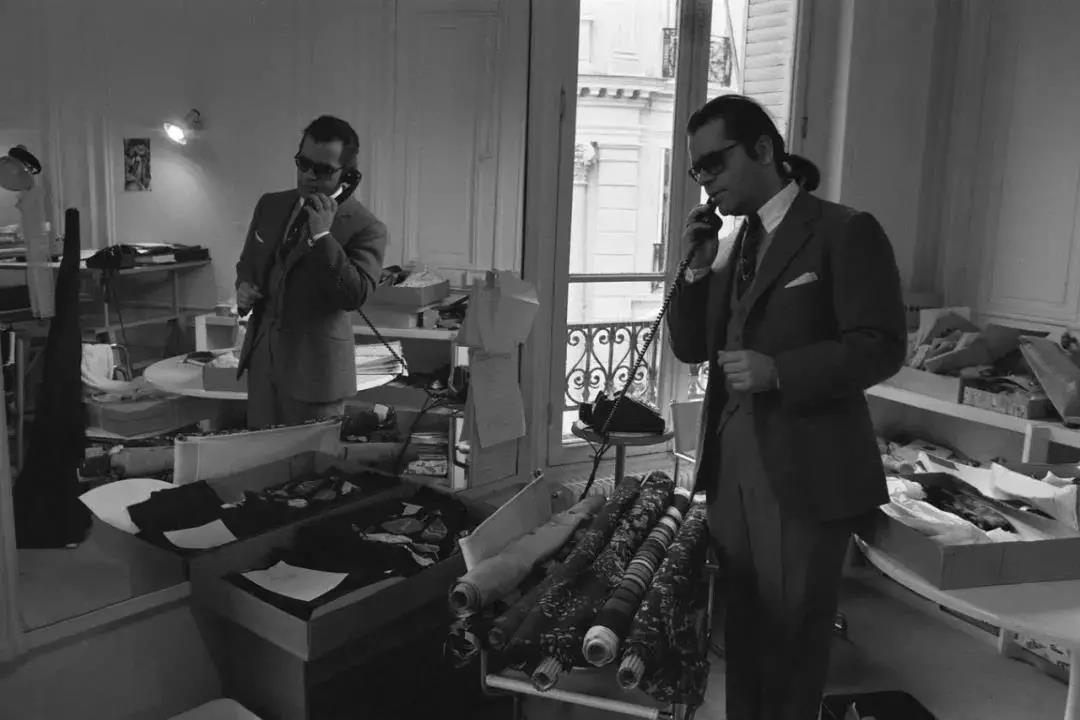 Although the work is hard, Lafayette is not a social animal. In his eyes, work is a career. As a rigorous German + perfect Virgo, he is proficient in German, English, French, Italian, and likes to do everything. Because he thinks that there is no second person who can express the feeling he wants except himself. From design, photography to marketing, all of them are personally involved.

Under the management of three brands: Chanel, Fendi and the same name brand Karl Lagerfeld. Each year, it is fixed to make 8 series of costumes for Chanel, 5 series for Fendi, and more than a dozen fashion shows a year. All the hard work, he enjoys it. 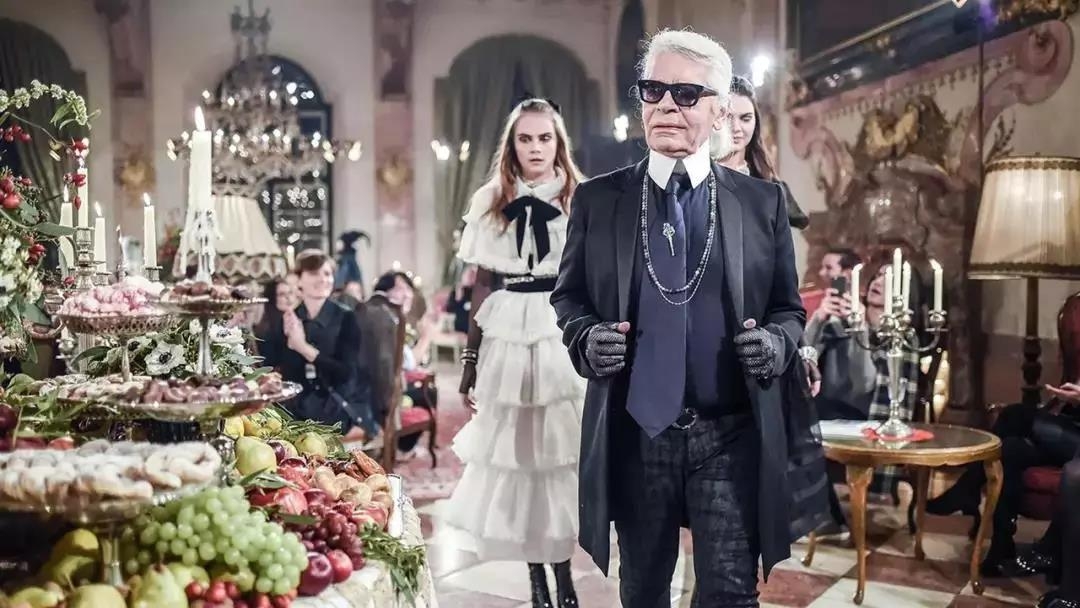 Carl once told reporters: "Please don't write me as a hard worker. No one is forced to do the job. If you don't like it, you can change your job. If you feel that the workload is too big, you can change your job. But don't say it while you are doing it, ah, it's really too tired... It's too fragile, we should all be a little stronger. We can't talk about our own difficulties."

Perhaps because of this personality trait, the masters of the same period have left, and only he has become the remaining legend.

Born to be a rebellious hand

"I don't want to talk to anything I can see. 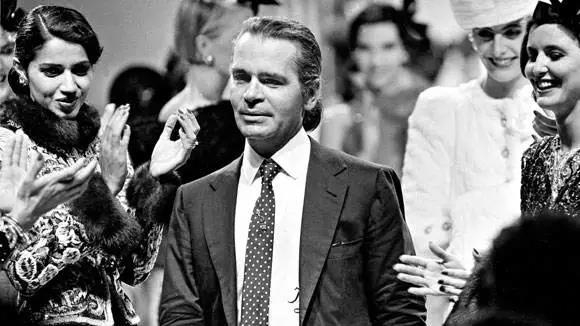 Lafayette has been bombed since childhood, although he admits that he does not like to be a child. Not because of his childhood misfortune, but because it is boring to be a child. Born in the German countryside, he has been a big city and has been abroad. When I was young, I imagined myself as the center of the world. I was always thinking about how to make myself different and quickly get out of here. This is an ambition, an interest: "I don't want to have anything similar to anything I can see."

He used to be willful and long hair, wearing a hat that his mother called a "stupid hat." Someone said to his mother: I suggest that you cut your hair for your son. He rushes straight and grabs the collar of others. Q: Are you Nazi? (Subtext: Only the Nazis want people to unify their aesthetics).

“No trust between people 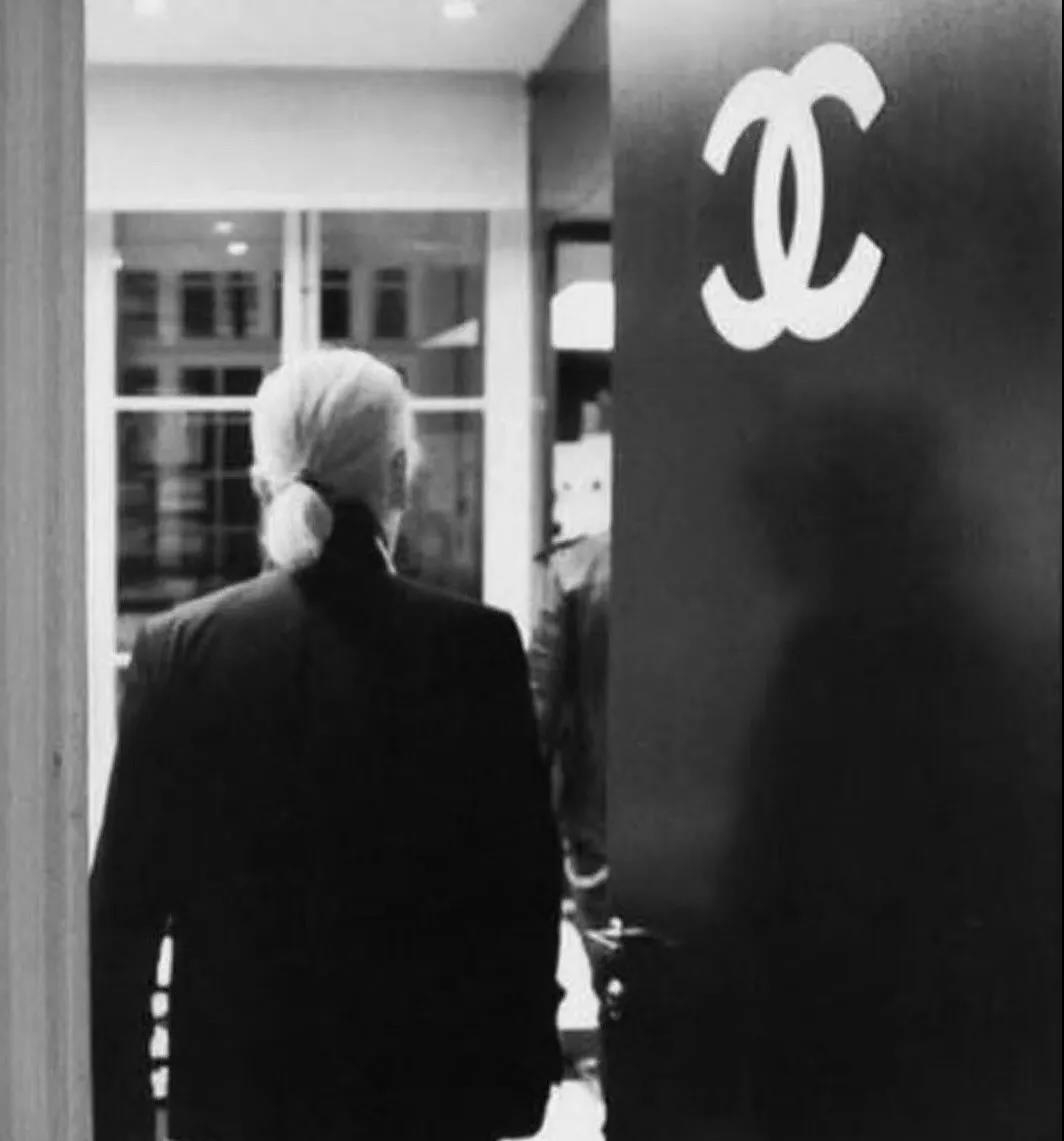 The general high intelligence genius is the emotional black hole, Lafayette is no exception. His interpersonal relationship is terrible, and most gossip is the relationship with Saint Laurent. They have a lot in common: family wealth, talent, and commitment to the fashion industry, the queer family. But their life experiences are like summer, one is like winter, and the relationship between the two can turn spring into autumn. They used to be friends and once fell in love with the same person. 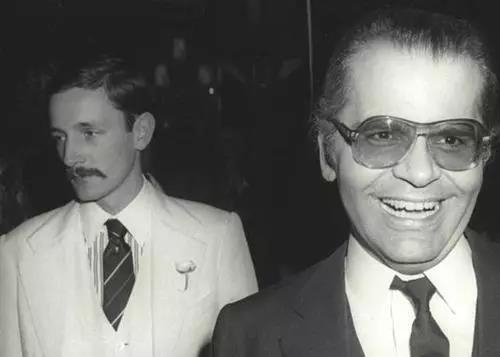 When both of them created their own world in the fashion world, their friendship also came to an end.

"If you want to pursue social justice, you should be a civil servant.

Fashion is short-lived, risky and unfair." 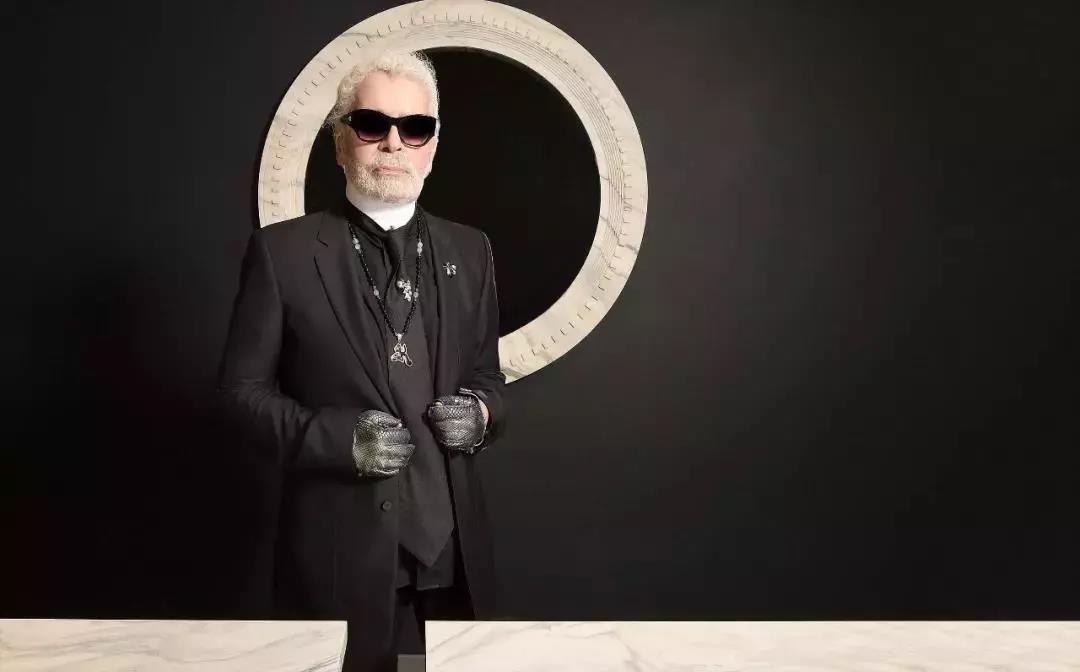 Galeries Lafayette's poisonous tongue skill is well-known, and he disregards Adele's fatness. He has beaten French President Hollande and also spits out Kate's sister-in-law. Because of his mouth, he has caused many conflicts in the lawsuit. But never afraid of offending people, it’s okay to be offended.

Regarding appearance, he is sharp: Life is not a contest than the US competition. People who are lacking in looks can be great people, and I hate people who are ugly and ugly.

Regarding the country, he maps the cannon: Russia is a magical country with the most beautiful women and the ugliest men.

Regarding the fairness of the fashion world, he is concerned: This work does not apply to social fairness rules. Just like the film circle, too many boys and girls embrace the star dream, but only a few people can succeed. Whoever calls Nicole Kidman is born to be awkward, to accept this job, you have to accept it. Fair, fashion is like this. If you want to pursue social justice, you should be a civil servant. Fashion is short-lived, risky and unfair.

Although he is mean to others, he is also very embarrassed about himself. 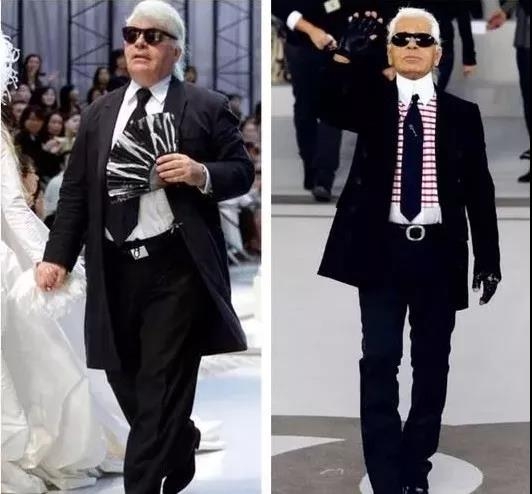 Originally a fat man, in order to wear a vampire-style suit designed by Hedi Slimane. At the age of 67, it took 13 months to lose 83, and it has not rebounded since.

" I love the crowd 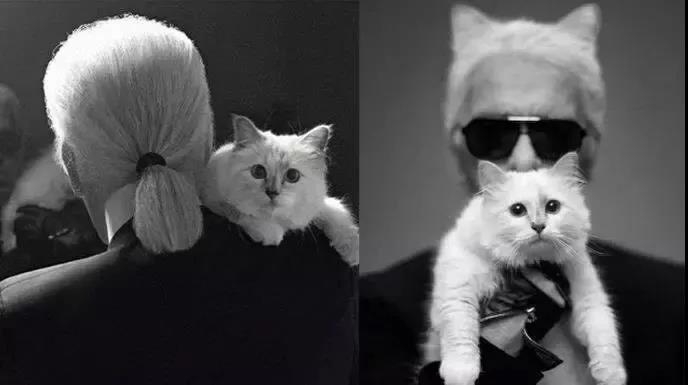 Many people say that Lafayette is lonely, but in fact, he chose loneliness and even enjoyed loneliness. He has 40,000 books in his family. He often likes to stay alone, read a lot of books, and then lick the cat to show the cat. 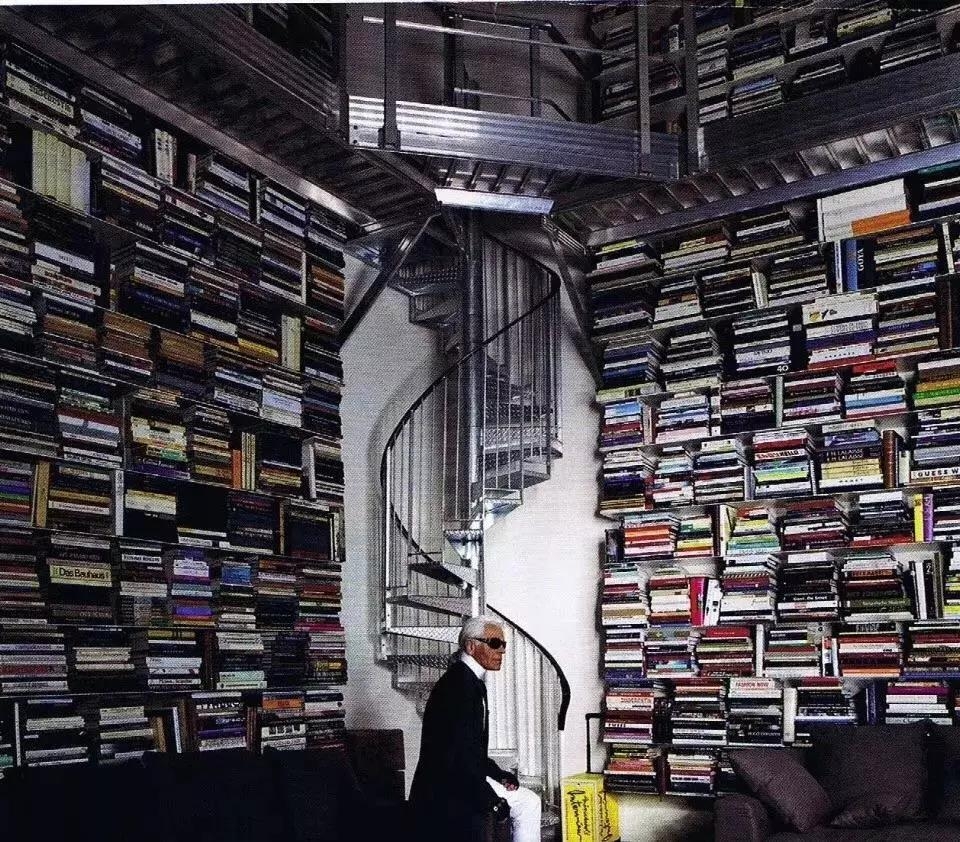 He once said in the documentary: "I feel very happy to work like this in my life." In the documentary "Fashion Emperor", he talked a lot about the camera, it is very exciting.

"I love the crowd and love loneliness. I need to have my own time to charge myself. I can't be with people 24 hours a day, I am not suitable for marriage. This is a good thing, I hate people who can't be alone.

About "Love and Marriage"

"It is a wonderful thing to fall in love with someone, but the other party also loves you. Love is not a unilateral thing. Love is very subtle and therefore difficult to discuss. In the past, I also had tragedies that I would not mention. . .

Modern people need a new way of life, and marriage is created by Christianity for the reproduction of future generations. Be new, don't learn the ridiculous middle class. You can also try to sneer at them and force them to accept unacceptable facts, no matter what the form. 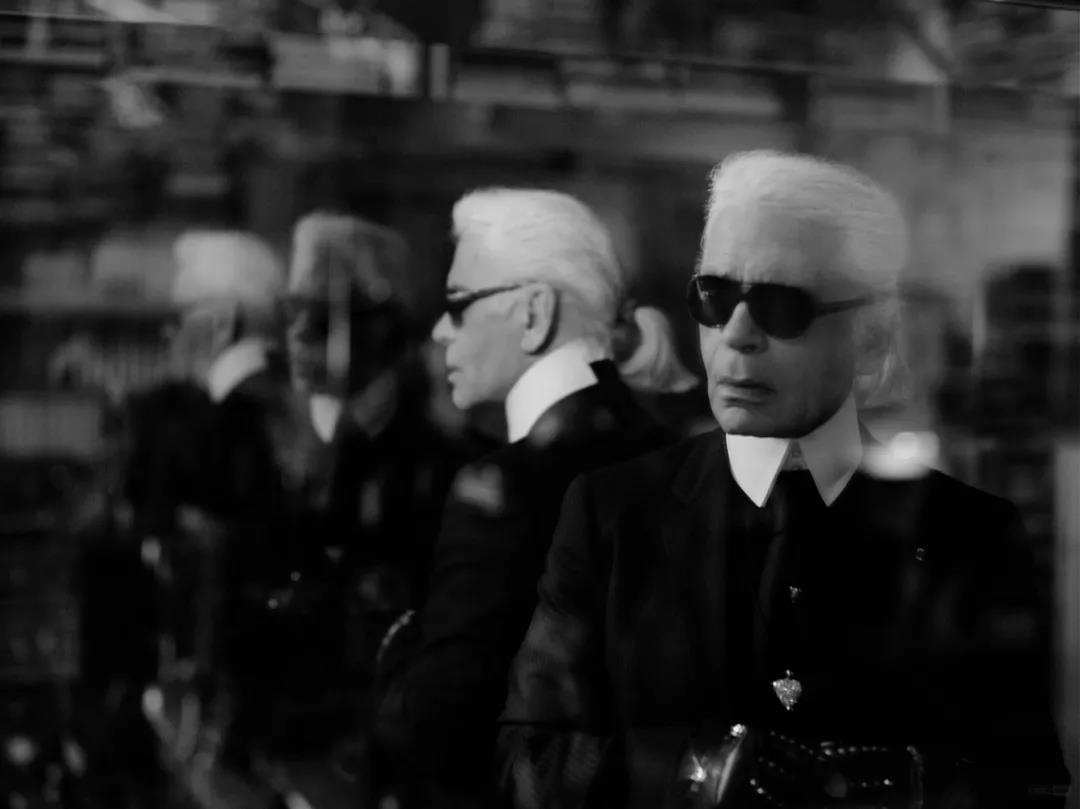 "I can remember everything, where and where I come, and where I am going. I don't think I need to have everything from that era. I don't want to have it, because it's all in my mind, it's better, I will always follow you.

Ownership is a burden, you can't be pinned by things, and those are cumbersome.

- You have a library, actually said so?

About "Life is short"

"I never thought so, you might fall off the stairs, or you might suddenly be murdered... Who knows? I am not arrogant to talk about it, so it has not bothered me, but I do have people who do not want to lose.

For me, that is the loss of feelings. I don't care if someone has an afterlife or a resurrection. It doesn't matter at all. I don't know why I was alive. I don't know anything about death. Maybe death is awakened from the dream of life.

Don't exaggerate the individual, there are billions of people in the world, you can't let a single individual be heard. We came to the world, then left, people worshiped you, and then forgot you.

Looking back at the life of Lafayette, I still can't see it, just like the sunglasses he wears. But I think his "rejecting mediocrity" looks really cool. 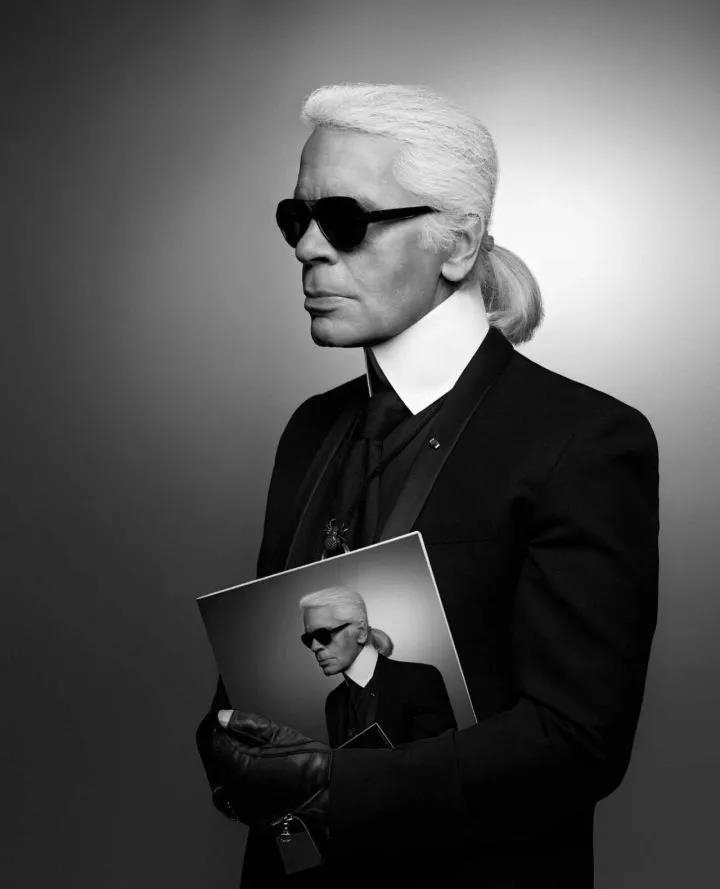 Many people think that they are the center of the world when they were young, and they grew up and were hit by reality. Become mediocre and inaction. The reason why Carl can become Lafayette is probably that he has never wavered his thoughts and insisted on the end.

He once said: "I don't care what I leave to the world." But what impressed me the most is another sentence: "You can sleep a few years later, but I hate to sleep." Ok, if you can't see you again, then I wish you good night. You love loneliness, and the world has you.

If you want to read more, please click here.